Posted by kiren baharuddin at 12:23 AM

"No man needs a vacation so much as the person who has just had one." ~Elbert Hubbard

A few weeks back, dude's friend from high school came over for a holiday. Dude asked me if I'd like to come along and show him around. And before she could finish her sentence, I'd already packed my bags. Alright, that was a lie. I'd never pack my bags until the hour before I'm supposed to leave for somewhere. But you get the point. How could I possibly say no to a trip right? So ladies and gents, let the pic spam begin!! 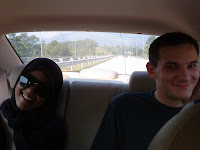 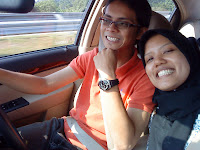 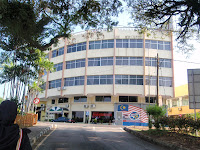 1430 - Ate at the famous Hai Peng Kopitiam. Had Banana Toast or something. It was really yummy (>_<) Too hungry to take any pictures. - Took a walk around town 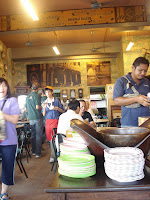 1630 - Fazuan arrived with little sister and we headed to Cherating 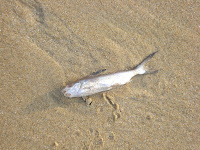 Me - Urghh dead fish! Hajar~ Tengok ni ade ikan!!!
Hajar - (Ran towards me and Mike, checked out the fish, and picked it up)
Mike - Awwh bless~ She's putting it back in the sea.
Me - Gross. I wouldn't pick that up. Would you?
Mike - No, not really.
Hajar - (Ran off with the fish)
Me and Mike - ???
Me - Hajar!! Nak buat ape dengan ikan tu? Taruk balik!!!
Hajar - (As she ran off into the distance) Nak bawak balik kasi mak masak~
2000 - Went to Kuala Kemaman with the intention of seeing fireflies. Until it started raining, that is. Opted for dinner instead. Nasi lemak & ikan bakar. 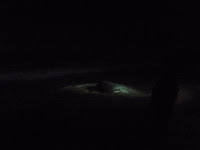 Sometime later that night - The most awesome activity of the day - Tengok Penyu Telor!! 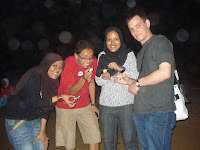 Early Morning - Headed for Kuala Kemaman to get some keropok. Got to watch them make keropok lekor, plus eat some freshly goreng'ed ones. Oishii zo!! 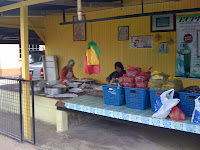 Later - Stopped by the seaside for a bit to look at flares. Once a pyrophile, always a pyrophile. 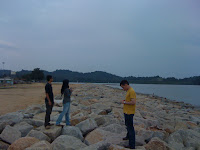 A bit after later - Headed home~