7 comments Posted by kiren baharuddin at 12:04 AM

This entry is a continuation of the last one. It was supposed to have been posted ages ago but I guess posting it wasn't exactly high on my priorities list (its nowhere near sleeping and eating).

The last post ended on a cliff hanger (Not really but it sounds a lot cooler). We, which consisted of Dude, Dude's boyfriend, Dude's friend, and Dude's sister (aka, Resident Pyrophile), went for a weekend getaway to Kemaman Terengganu and had oodles of fun. Come Sunday the 5th of July and we were back in the traffic congested Kuala Lumpur. Intent on having tonnes more fun, we were back on the road by the next morning heading for Tanah Tinggi Cameron. And this time the mode of transport was the coach! So here's a not very accurate account (due to the fact that it was eons ago) of the awesome trip that I went on. 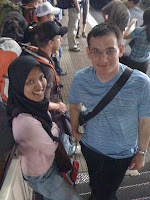 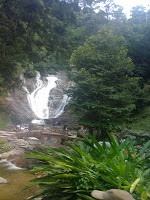 Noon-ish - Arrived safely (despite nearly having cardiac arrest on the way up due to the narrow roads and the not so proportionate amount of traffic)
- Visited the very small tourist info center to look for interesting things to do
- Signed up for the Agro Tour, checked into rooms and walked around the very small town whilst waiting for the tour to start 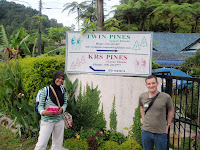 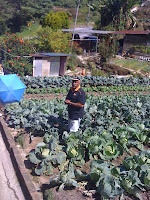 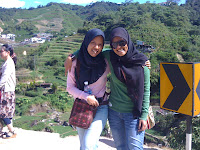 Evening - Wrapped up the tour with dinner (steamboat) 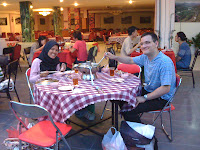 - walked around the very small town again and had supper (mamak :D) 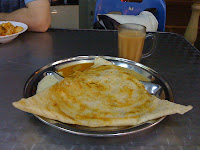 - turned in early to prepare for the day after

Before Dawn - Woke up, took a shower (freezing cold) and got ready for the sunrise 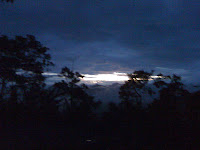 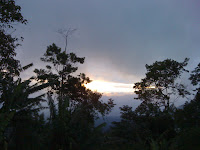 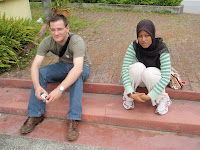 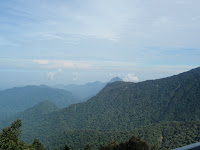 2. Mossy Forest (Yep, it was mossy and kinda moldy as well) 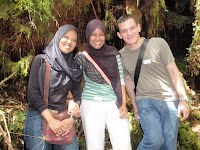 3. Tea Factory (Not too sure how this is considered 'nature' but it was still fun) 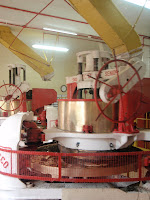 The nature trail ended just in time for us to get on the bus home. It was a fun albeit exhausting trip.
The journey back was for the most part, spent in a state of semi-consciousness. Although a good chunk of it was also spent praying that the bus driver would stop at the next rest stop due to my bladder being too small to retain all the water I drank in the morning. That afternoon we arrived safely and made our way back home, tired but happy.
Newer Posts Older Posts Home
Subscribe to: Posts (Atom)